Assembly Hall Bolsover, photo courtesy of Picture The Past archive, photo no DCBR000278

This Saturday 15th March we will be at the Assembly Hall in Bolsover.  There is a free exhibition from 1-5pm, and we opening a vintage tea rooms for the day where you can buy tea and cake, and drink it from vintage china. The exhibition will show photos, memories, film clips and recordings from the project. At 5pm we will briefly close to set up the room for…

Bolsover Past Lives Grand Finale! – Films you’ve donated, memories and music that Bolsover has shared has been transformed into a new original film with live soundtrack from international musicians and Bolsover school students. 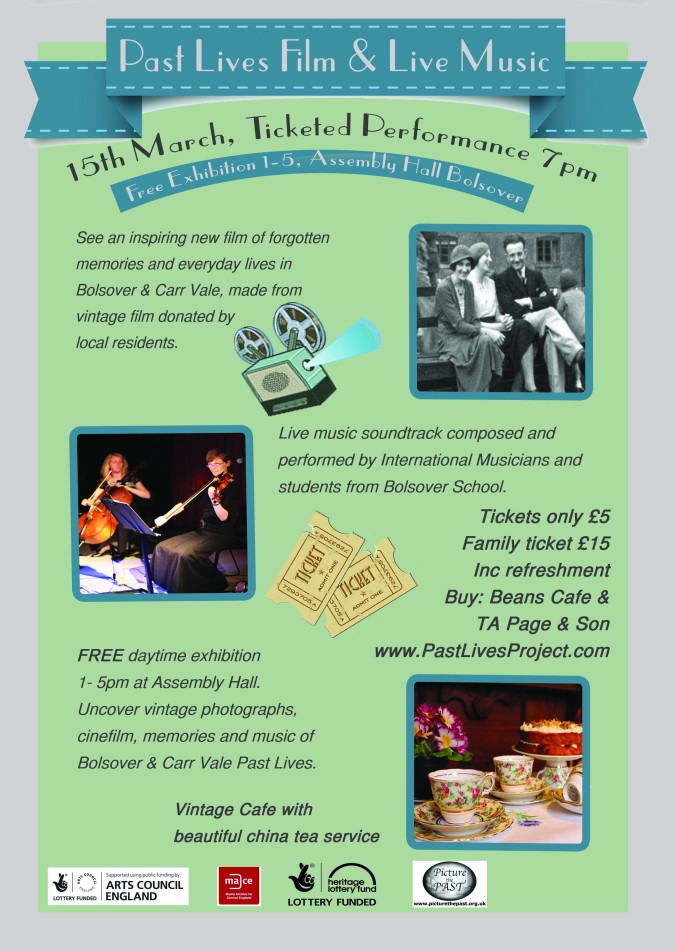